(Note: This new paragraph in brackets was written in July 2020. Guess what? DJ Blitz has unblocked me on Twitter. But it could only be because I replied to someone on Twitter who replied to one of his tweets, and that guy replied back. So Blitz could see his side of the conversation but not mine. I still don't know if Blitz even knows of this blog entry. I didn't tell anyone about it after I posted it. I didn't talk about it on Twitter or Facebook or anywhere. I was curious to see how long it took before someone discovered it. Anyway, Blitz is not yet unblocking me on Facebook, only Twitter. And if I did a version of this paragraph to him, telling him I will continue to keep this blog entry up until he also unblocks me on Facebook, he might say, "What blog entry?" and ultimately I have dug myself in deeper. So instead, I'm not going to look a gift horse in the mouth and I'm not going to say a word to Blitz, instead I'm just doing this new paragraph to tell him and everybody here that the blog entry stays until he unblocks me on Facebook too, and that's the end of that. He probably, after unblocking me on Twitter, read the conversation me and that guy were doing, the time passed, and he just forgot to block me again. Who knows? And what is my perspective to responding to his tweets? Will that draw attention to me, causing him to block me again? It's too early to say, because with COVID, Blitz hasn't been tweeting much lately, and the tweets he has done I haven't wanted to respond to. But you'll know if he reblocks me when I remove this paragraph.) 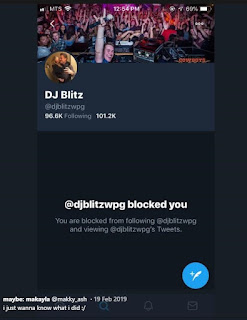 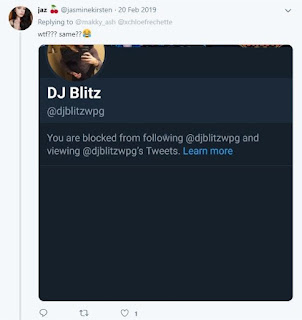 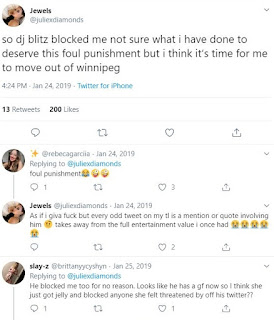 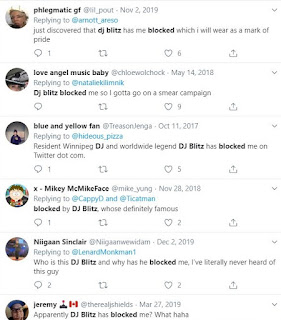 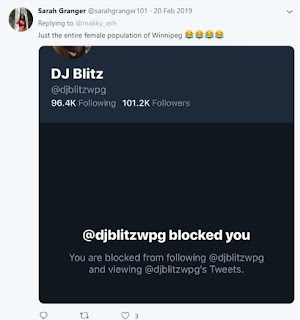 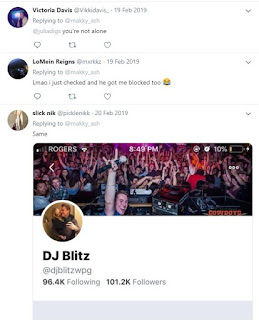